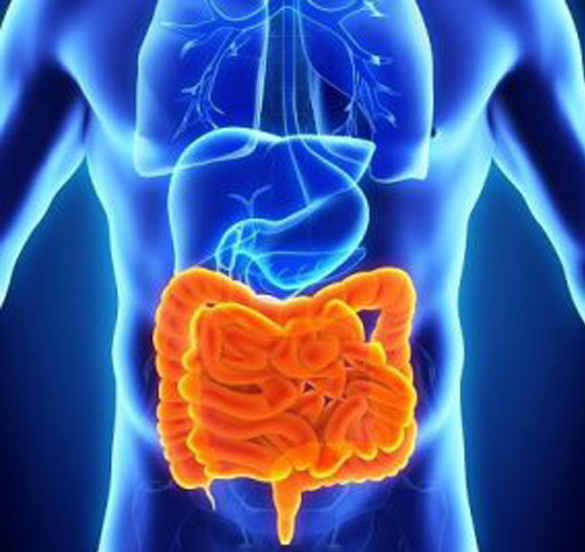 Crohn’s disease can cause inflammation in any part of the digestive tract. However, it mostly affects the tail end of the small intestine. Ulcerative colitis involves inflammation of the large intestine.
What is inflammatory bowel disease?

The term inflammatory bowel disease (IBD) refers to a group of disorders in which the intestines become inflamed (red and swollen), probably as a result of an immune reaction of the body against its own intestinal tissue.

Both Ulcerative Colitis and Crohn's disease usually run a waxing and waning course in the intensity and severity of illness. When there is severe inflammation, the disease is considered to be in an active stage, and the person experiences a flare-up of the condition. When the degree of inflammation is less (or absent), the person usually is without symptoms, and the disease is considered to be in remission.

IBD is a disease with an unknown cause. Some agent or a combination of agents -- bacteria, viruses, antigens -- triggers the body's immune system to produce an inflammatory reaction in the intestinal tract. Recent studies show some combination of hereditary, genetic, and/or environmental factors may cause the development of IBD. It could also be that the body's own tissue causes an autoimmune response. Whatever causes it, the reaction continues without control and damages the intestinal wall, leading to diarrhea and abdominal pain.

There is strong evidence to suggest a genetic basis for IBD, including:

What Are the Symptoms of inflammatory bowel disease?

As with other chronic diseases, a person with IBD will generally go through periods in which the disease flares up and causes symptoms, followed by periods in which symptoms decrease or disappear and good health returns. Symptoms range from mild to severe and generally depend upon what part of the intestinal tract is involved. They include:

IBD can lead to several serious complications in the intestines, including:

IBD increases the risk of colon cancer. IBD can also affect other organs; for example, someone with IBD may have arthritis, skin conditions, inflammation of the eye, liver and kidney disorders, or bone loss. Of all the complications outside the intestines, arthritis is the most common. Joint, eye, and skin complications often occur together.

How do you diagnose inflammatory bowel syndrome?

We make the diagnosis of inflammatory bowel disease based on your symptoms and various exams and tests: